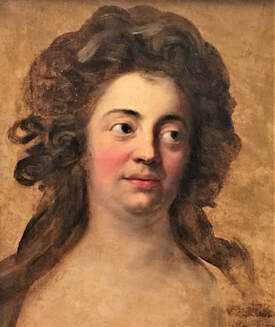 From Enlightenment to Romanticism: Women at the Turning Point
​October 13-14, 2022, Western University

Call for Abstracts/Proposals: Deadline August 1, 2022
​
Event Description: Enlightenment and Romanticism constitute the two most influential intellectual movements in Germany at the turn of the 19th century. While considerable scholarly attention has been paid to the male philosophers who were active within these traditions, women also made key contributions to both the Enlightenment and Romanticism; moreover, through their experiments in genre, their intellectual interests that defied the reified academic topographies and hierarchies, and most of all their recognition of the limitations, oversights, and failures of forms of Enlightened thinking, women were arguably crucial drivers in the transition from the Enlightenment to Romanticism. This workshop will explore women’s contributions to and critical engagements with these two intellectual traditions, and will also investigate their under-acknowledged role in the transition from one to the other.

Guidelines: The Scientific Committee welcomes submissions on any topic related to women’s contributions to the late Enlightenment and early Romantic thought within the German context. Prospective participants are encouraged to submit abstracts of presentations, and/or proposals for panels (including but not limited to multiple presentations on a common theme, or an author-meets-critics session). Submissions by junior scholars and graduate students are encouraged. Funding will be made available to cover travel and lodging costs for confirmed participants.

Deadline: Proposals should be no longer than 600 words, and can be sent to the host/organizer Corey W. Dyck (cdyck5@uwo.ca). The deadline for submissions is August 1, 2022.

Scientific Committee: Corey W. Dyck (Host/Organizer), Kristin Gjesdal, Anaïs Delambre
This workshop is organized as part of the Extending New Narratives Partnership Grant project and is supported in part by funding from the Social Sciences and Humanities Research Council of Canada. For more information go to ENN project,